An All New Sasha 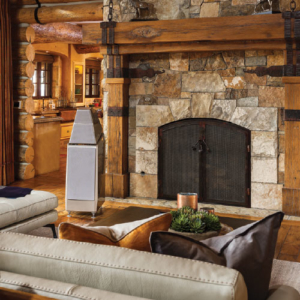 Daryl decided a fresh look at the Sasha was in order. He approached the Sasha as if it were an all-new loudspeaker, taking the elements that very clearly worked in its design and, at the same time, applying the myriad technologies generated by Wilson’s design team since the advent of the Series-2 nearly five years ago. The result is the largest up-grade in the history of the WATT/Puppy and Sasha plat-forms.

Led by Vern Credille, the team designed a new woofer for the Sasha. Based on the 8-inch driver found in the Alexia Series-2, the new woofer was redesigned for the specific needs of the Sasha. When Dave designed the original Puppy, speed and dynamic impact were priorities, as well as optimizing the bass extension. He found that two smaller drivers allowed him to optimize both. This strategy has been refined over the years. The latest Sasha represents the largest leap in bass performance since the platform’s inception, and resets the bar in the areas of transient honesty and impact, linearity, and timbral resolution.

To further augment bass performance, Daryl and his team redesigned the Sasha’s bass enclosure from the ground up. Thicker X-material panels further reduce (the already vanishing low) panel resonances. Enclosure volume was increased by 13.3%, which allows for greater bottom-octave authority and reduced distortion. The blades on the top of the module, where its companion mid range/tweeter rests, have been strategically redesigned with openings, which reduces cavity pressure in the space between the upper and lower modules. Finally, a new, ultra-low-turbulence port reduces already low unwanted wind-born noise.

For the design of the upper module, Daryl Wilson worked closely with Jarom Lance, one of Wilson mechanical engineers. Thicker panels throughout the module reduce resonance. An all-new pattern is cut into the inside of the enclosure, which mitigate internal reflections. Enclosure volume was increased by 10.2% for increased dynamic range and efficiency.

The midrange and tweeters are the same units used in the WAMM Master Chronosonic, and an all-new crossover blends the entire recipe together. Vern and Daryl worked to improve the frequency linearity of the platform. Already the industry leader in the areas of ultra-low distortion and vanishing noise levels, the team found ways to reduce both.

In recognition for the man who started it all, the Wilson team felt it apropos to dedicate this most ambitious iteration of the Wilson compact loudspeaker in its history to the visionary who first imagined it thirty years ago. Thus, the designation “DAW,” Dave Andrew Wilson’s initials.

In the end, the new design is the highest resolution, lowest distortion, and most linear loudspeaker in the history of the WATT/Puppy platform. It is easier to place in a wider variety of rooms than its predecessors. Most importantly, the latest Sasha provides a remarkably direct conduit to the numinous beauty of music. 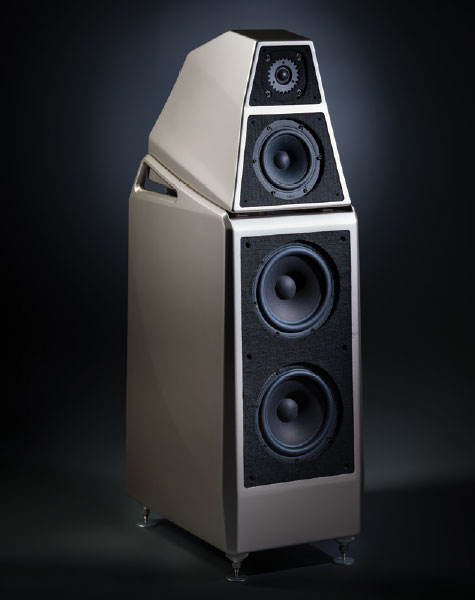 The material to which a driver is mounted provides the “launch pad” for cone excursions. Years of empirical listening trials and materials testing, most recently with Wilson’s Laser Vibrometer, have shown that different materials provide optimum baffles for different drivers. Wilson’s proprietary composite, X-Material, is the ideal material for woofers and tweeters. The research surrounding the original Sasha led to the development of S-Material, designed specifically to increase midrange accuracy and beauty.

Wilson Audio remains at the cutting edge in the world of enclosure composite development. Using the most sophisticated test equipment, not least of which is the human ear, Wilson’s team have raised the bar again with the Sasha DAW. The team’s attention to
detail and nuanced approach to enclosure design contributes substantially to Sasha’s unique blend of resolution, dynamic contrast, timbral accuracy, and musical beauty.

Since the original WAMM, designed in the early 1980s, all of Wilson’s loudspeakers accurately correct the individual drivers in the time domain. Like its bigger siblings, Sasha DAW is a modular design, which allows the drivers to be specifically aligned for each installation.

In the Sasha DAW, a beautiful and functional calibrated “ladder” facilitates extremely fine adjustment within the time
domain. For each installation, the midrange/tweeter module is adjusted in relation to the woofer drivers below, such that the four drivers are precisely aligned for that particular environment.

In the DAW, Wilson has enhanced the user interface of the group-delay mechanism, which now features a knurled knob, enabling the adjustment to be facilitated without tools. Additionally, the woofer baffle is now angled back, which more correctly integrates the bass drivers with the upper module in the time domain.